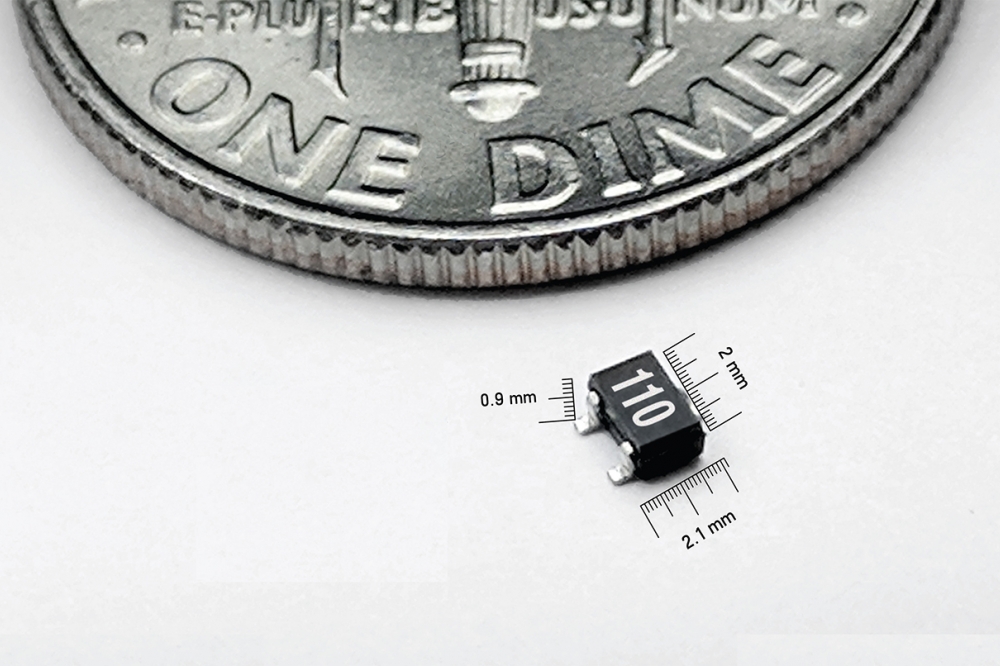 The wireless, non-contact charging market has been ‘emerging’ since Powercast began developing its RF-based chips in 2003. In March this year the company announced shipping 10 million over-the-air Powerharvester chips in two years with 2022 orders at three-times their 2021 level.

A design engineer once remarked that there can be a Grand Canyon-size gap between ‘possible' and ‘practical' when it comes to creating new consumer products. His point was that great ideas—like charging batteries wirelessly—remain ideas until all that is needed to turn them into products are in place. Until that happens, even the best ideas remain a glimmer in the eye.

For years, RF engineers understood it was possible to derive direct current (DC) energy by placing any one of a number of concept ‘collectors' or ‘harvesters' within range of the RF source. But development of the idea into even proof-of-concept devices tended to lag for a number of reasons including poor efficiency, materials limitations, the changeable nature of ambient RF energy levels and other impediments. Yet as often happens when technologies, material sciences, techniques and processes are refined across industries over time, what was once an obstacle paves the way for opportunity.

In the case of wireless RF charging, the idea-into-product transformational process was at least partly aided by the fact that by the early 2000s, a growing number of electronic products, or product sub-systems, were becoming more efficient. Battery technology was also evolving, including the advent of lithium chemistries (Li-ion, emerging Lithium-Iron, and others) that had much greater power density and suffered no memory effects like those seen with nickel-cadmium cells. Lithium cells could also be much smaller than other battery types with comparable outputs; they could also retain energy longer while idle.

Powercast's founders began their journey to capitalize on the potential of RF charging while other companies went different directions, such as those whose technological approach (Qi, for example,) led to the now familiar charging pads and surfaces targeting the mobile device market. Power Electronics World Technical Editor Mark Andrews spoke with Powercast's Charles Greene, COTO, about their developmental history of energy harvesting and how the company's recent sales milestones point to rapid growth within the RF portion of the wireless charging sector.

Grip Pic - Powercast's Wireless Charging Grip for Nintendo Switch Joy-Con Controllers is the first gaming product that charges over the air without wires or mats.

MA: How has energy harvesting technology progressed from its earlier incarnations (the tech from 3-5 years ago, for example) to the point where sizeable commercial orders are now being placed?

CG: First, a little history about Powercast. Powercast traces its start to a 2003 coffee shop meeting between several University of Pittsburgh wireless and RF (radio frequency) engineers. After that meeting, a small team set out to develop true wireless power solutions that could both eliminate batteries, and enable completely untethered devices that need no wires or charging surfaces. The team knew that if it could deliver long-range, power over distance that could remotely charge enabled devices, it would be a game changer for many industries and products. The team spent several years refining its over-the-air RF wireless charging technology that transmits a radio frequency (RF) whose energy can be ‘harvested' to power devices embedded with a small receiver. They entered the market at CES 2007 where Powercast won CNET's Best of CES for Emerging Technology. Powercast has since amassed about 20 awards over the years: https://www.powercastco.com/company/awards/

Our over-the-air wireless power system has two parts - a transmitter and a receiver. Manufacturers embed Powercast's tiny Powerharvester® PCC110 receiver in their devices, which then harvests RF energy sent over the air from either an RF transmitter, an RFID reader, or other RF source. The Powerharvester then converts the RF to DC (direct current) to directly power a battery-free device, or recharge a device's batteries.

Powercast cut its teeth helping commercial and industrial customers power their wireless sensor networks (WSNs), waterproof designs, RFID tags, military devices and other designs ever since its initial RF transmitter, Powercaster®, was FCC approved in 2010. Then in 2017, Powercast entered the consumer electronics market when its new PowerSpot® RF transmitter got the FCC nod. Now, demand has grown so much that the company has shipped 10 million Powerharvester PCC110 chips in the last two years alone.

MA: Has the device you are shipping now changed much since it first went to market?

CG: Our Powerharvester PCC110, a tiny but powerful RF-energy-harvesting chip, has not changed in the past few years because it continues to be the most efficient and cost-effective power harvesting solution in the market. However, we are continuing to invest in research and development and are targeting new transmitters with even lower price points to enable more consumer electronics applications. The general awareness of RF wireless power/wireless charging and harvesting is increasing, which is driving more applications; more applications bring a reduction in price points for components and that opens more opportunities in the consumer electronics market.

MA: Device sales in the millions are always noteworthy. How large is the market now and are we entering a new phase as IoT and other sensor-enabled products are becoming more common?

CG: Due to the proliferation of IoT and low-power devices, we believe the TAM is easily in billions of units per year within the next couple years. Powercast sees the energy-harvesting market as ‘Aggressively growing' every month/year, due to global organizations' increase in demand for untethered devices that are freed from wires, batteries, and placement restrictions. Powercast has been profitable since 2012, and we are seeing about a 50% growth per year for the last two years.
We not only see the existence of a viable energy-harvesting platform, but we also invented it. Our transmitter and receiver RF energy-harvesting system continues to be the most affordable and widely used to transmit and harvest RF signals. As we explore different harvesting frequencies, we confirmed the PCC110 receiver chip's ability to harvest ambient energy from Wi-Fi routers, and we see some energy harvesting all the way to the 28GHz (5G) range. We are expecting strong growth as consumer electronic devices using RF wireless harvesting are starting to be released to the public.

CG: Firstly, we need to review the major methods of harvesting wireless energy and then I can better show what makes the Powerharvester different. Let's briefly look at the following:

● Vibration is the concept of converting vibration energy to electrical energy. This method is only ideal for machinery that vibrates.
● UV/IR energy must have direct line of sight between the transmitter and the receiver for it to work properly; any obstructions result in no power reaching the receiver.
● Qi, which is inductive charging requiring direct contact with a pad or other charging surface, is useful for high-power applications like phone charging that require Watts of power, but device alignment is quite restrictive as the transmitter and receiver must align a few millimeters apart.
● Solar and wind, in most cases, must be outdoors and therefore can be costly to build and can also be a bit limited in capabilities.
● Radio frequency (RF) does not require direct line of sight, is free of device placement restrictions, can deliver power into waterproofed enclosures, is low power (microwave to millimeter wave) and is more versatile than the processes previously mentioned.

One of the reasons we focus on RF-based harvesting is that radio frequency energy is all around us every day, everywhere where we go. From the RFID networks in our stores and manufacturing facilities to the Wi-Fi routers keeping our devices online, to the signals constantly pinging our cell phones, RF is always working behind the scenes to keep us connected. While harnessing these existing RF signals (ambient harvesting) is technically possible, implementing dedicated RF transmitters is the more reliable option.

While there are several options for over-the-air power, RF is among the most dependable and scalable forms of wireless power transfer for both indoor and outdoor environments. In general, wireless power is more reliable than ambient RF harvesting, as it's identifiable and predictable. It's also easy to integrate RF wireless charging technology as it's not restricted by movement or exact placement allowing it to accommodate devices that induction cannot.

Some observations about Qi (pad charging) vs. contactless (over-the-air) charging: To begin, Powercast is not competing with Qi, and believes there is a need for both technologies. Qi is useful for high-power applications like phone charging that require Watts of power, while RF over-the-air wireless technology is appropriate for low power (microwave to millimeter wave) devices. Powercast believes that wireless power, whether contact-based Qi, or over the air, will only get bigger and more ubiquitous.

Consider this future scenario: Software will inform devices on what source to charge from - Qi if in contact and RF when further out. There will come a day when the charging and seamless handover from the blended platforms will make charging automatic. Tomorrow's users will enjoy devices that are always charged without thinking about it.