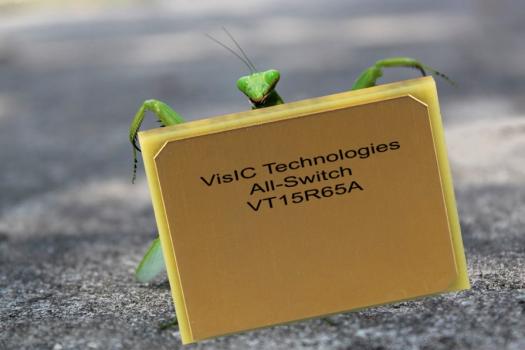 A paradox is that these conversions cost money and waste energy, but are necessary to increase the overall electricity distribution and application system efficiency. While it is possible to increase energy conversion efficiency, this almost always comes at increased costs. The dilemma that designers and manufacturers face is finding the correct balance between system cost and efficiency.

The necessity of energy conversion goes back to the earliest days of electrical energy distribution. It was determined that in a distributed grid, it was much more efficient to transmit high voltage alternating current (AC) and then to transform it from many thousands of volts to the lower AC voltages used by early lighting and motor systems or convert electricity to direct current (DC) of other applications.

The advent of transistor-based electronic systems was foretold by patents that date to the 1870s. But what the world today considers practical solid-state transistors, those products did not enter widespread commercial use until the 1950s and 1960s. Semiconductor transistors took-off in later decades and by the 1980s had become a mainstay of both commercial and defence electronics. All along these development pathways, power conversion grew in importance alongside the development of practical semiconductor and semi insulator technologies including logic circuits and increasingly efficient battery technologies. From the first transistor radios to the flat screen televisions, laptops and smartphones of contemporary society, these technologies accelerated requirements for converting electricity into lower AC voltages as well as even lower DC voltages. AC-DC conversion evolved to widespread use with switched mode power supplies (SMPS) using components to improve efficiency and reduce heat generated during the conversion process.

Energy conversion systems have continued to rapidly increase in numbers and capability.

In the last decade higher efficiency power conversion has been applied to reduce system heating for more applications. Residential and commercial lighting systems have benefitted in particular and it was this capability (paired with other technologies,) that enabled the move from incandescent lights to full-spectrum light emitting diodes (LEDs) that were more efficient than florescent lights, and motors with a move to Variable Frequency Drives (VFDs). LED lights can replace incandescent lights and provide the same light output (lumens) for typically a sixth of the electrical input power, while VFDs can drastically improve motor-driven system efficiency. Both examples require complete AC-DC power conversion subsystems and, in the case of the VFDs, DC-AC (inverter) conversion. Both of these conversions are best accomplished using electronic power conversion components. Other prominent examples are chargers for electric vehicles and uninterruptable power supplies as well as solar panel inverters.

It is worthwhile to note that the front end of power conversion systems, called power factor correction (PFC), is also important for overall electrical distribution efficiency. PFC can lower the overall capacity requirement in AC power transmission by aligning the load waveforms for current and voltage to the input waveforms. Electronic PFC is capable of closely matching input and load waveforms.

Thanks to advances in electronic system design, the nature and efficiency of power conversion systems have been significantly improved. The primary power components in conversion systems have been, and continue to be, IGBTs and MOSFETs based on silicon (Si) circuits. In the past several years silicon carbide (SiC) diodes and field effect transistors (FETs) have entered production and made significant system improvements. More recently, gallium nitride (GaN) transistors and switches have become available from component providers that offer a number of benefits including substantially improved efficiency, power density, and switching speed compared to products utilizing other technologies.

The low cost-effectiveness of contemporary GaN products has come from the relative immaturity of the gallium nitride supply chain compared to Si technology. This barrier is being rapidly overcome.

VisIC Technologies, Ltd., an Israeli-based GaN startup, is beginning to sample the first of its "No-Excuses" GaN products: the ALL-Switch. As the product name and the company's founding philosophy asserts, VisIC has developed a technology that will remove typical objections to using GaN in price-sensitive applications. Power conversion systems using GaN can benefit from increased efficiency as well as the ability to provide smaller and less costly systems that significantly increase effective switching frequencies.

VisIC was founded with the belief that it is possible to accelerate the cost reduction and efficiency improvements of advanced electrical energy conversion systems through the correct application of GaN semiconductors versus today's Si-based components. VisIC can't remove the paradox of adding cost and efficiency loss to power conversion entirely, but they can reduce, and even eliminate, the dilemma of cost vs. performance by providing GaN-based solutions with ever more ideal switching capabilities (e.g., step-function switching frequency increases) that actually cost less than existing silicon-based solutions.

Developing a product that could legitimately be described as "˜No Excuses' GaN required overcoming a significant technology barrier. The two Israeli engineers who founded VisIC in 2010 put their device physics and materials science backgrounds to the challenge. Having decades of cumulative experience in RF GaN product development, Tamara Baksht, PhD and Gregory Bunin, MSc believed they could compile hetero-epitaxial nitride layers to enable design of the normally-OFF (Enhancement mode, or E-mode) power transistors desired by system designers, but without the use of any doping. (It is well established that doping of epitaxial III-nitride layers could potentially reduce reliability of transistors, and cause shift, or hysteresis, of performance parameters. Doping also limits the ability to monolithically integrate enhancement and depletion mode GaN transistors.)

Working initially with personal investments and then "˜angel funding' and Israeli venture funding supplemented by the Israeli Office of the Chief Scientist, VisIC created a development environment that has proven the novel physical concept of their transistor. The developers initially used GaN on SiC epitaxial wafers from a qualified source, and a combination of university resources and compound semiconductor foundry processing. The resultant, patented transistor structure is shown in Figure 1.

The resultant unbiased structure is illustrated by energy level diagram cuts across the gate and access regions as show in Figures 2 and 3.

Since the electron transport happens in the 2-dimensional quantum well formed by AlGaN and GaN layers, the resulting 2-dimensional electron gas (2-DEG) has high velocity and very low capacitance. This arrangement is also known as a High Electron Mobility Transistor, or HEMT. As a result, the transistor VisIC has developed has all the good properties of GaN HEMTs without the compromises other manufacturers have used to obtain normally-OFF transistors.

Device packaging requirements are critical in order to use these fast, high current and high voltage transistors that can realize switching performance in single-digit nanoseconds. The package must have extremely low inductance and add little to no resistance to the semiconductor die connections. VisIC also solved this challenge with design work led by Lev Stessin, who joined VisIC in 2011 with more than 30 years' experience in power and RF packaging. The low cost, low inductance SMT package that Lev developed simultaneously keeps device RDS(on) and inductances low while providing low thermal resistance (Î¸jc) by using proprietary device layout design and assembly techniques.

Several key elements of the transistor design were particularly challenging and were developed in conjunction with industrial and academic experts. One element was obtaining epitaxial layers with a high voltage buffer able to withstand 650V blocking voltage with extremely low leakage current as required by power electronics. A transnational company (and well known leader in manufacturing III-V epitaxial wafers for the transistor and LED industry) supplied VisIC the required design of epitaxial layers on SiC wafers and then worked with VisIC in a number of wafer growth campaigns to be able to reliably meet VisIC's epitaxial requirement for the targeted 650V specification. A second element that played a key role was the development of a stable High-k under gate dielectric, successfully completed using Atomic Layer Deposition techniques.

As was outlined earlier, relatively high cost has been the major barrier for successful GaN device penetration into the power electronics market. The main reason for this has been the high price of SiC substrates that are the favored material of choice for reliable and mature GaN transistor production. The only commercial, high volume GaN transistor market penetration by end of 2014 has been GaN HEMTs for base stations on SiC substrate. But also by the end of 2014, VisIC had witnessed a breakthrough in growth of III-nitride layers on much cheaper Silicon substrates, which enabled the demonstration of high voltage GaN HEMTs on silicon.

It is straightforward for VisIC to move from GaN on SiC to much lower cost GaN on Si. (Transfer from SiC substrates to Si substrates does not affect the normally-OFF layers used by the transistor on the top of the structure.)

In addition to confirming that GaN on Si was ready for development of production devices and was a much lower cost option for HEMT devices, VisIC also confirmed the availability of low cost silicon foundries. These foundries are configured for GaN processing with advanced interconnect technologies typical of high volume Si products, thereby offering significant cost and device layout options compared to the compound semiconductor foundries VisIC used during earlier development stages.

All of these developments have combined to enable VisIC's creation of "No Excuses" GaN on a technology base VisIC refers to as GaN E-mode, or GEM. The new technology offers these primary benefits:

"¢ Die sizes less than half the size of leading Si MOSFETs resulting in forecast pricing curves at or below Si MOSFETs.

Due to the design and manufacturing breakthroughs VisIC has achieved, designers will be able to adopt the company's GaN MISHEMTs without worrying about cost justification and take advantage of the advanced capabilities of GaN to then lower their system cost and / or increase their system efficiency.

"¢ Academic efforts and EPI providers are beginning to show a capability to provide thicker and more advanced epi that can support 1200V, and perhaps even 1700V, devices. This will enable many systems presently transitioning to SiC components to continue to improve their systems with GaN in the relatively near future so SiC vendors can focus on even higher voltage applications with vertical device structures.

"¢ The extremely linear characteristic of VisIC's transistors will support significant increases in current as packaging and interconnect technologies continue to improve.

ALL-Switch is VisIC's first product line of very low RDS(on) devices manufactured using VisIC's packaging and layout techniques and a foundry process in advance of a complementary GEM product line. VisIC refers to this integration as SmartGaN. SmartGaN provides very impressive performance as shown in Figure 4 where a calibrated double-pulse test fixture is used to show VisIC's GaN device with 400V, 30A switched with a less than 3.0ns current rise time.

ALL-Switch, in one variant of its low-inductance SMT packages, is shown in Figure 5.

A comparison of the first ALL-Switch versus other power conversion devices is shown in the attached chart where a Y and X axes are input capacitance and on-state resistance, and the bubble size represent the gate charge value. As noted, smaller bubble size (and closer proximity to the axes crossing on the chart indicate better performance.

ALL-Switch also applies proprietary transistor layout design to enable overall low RDS(on) products (the initial device is a 15mÎ© / 50A) and switch cost improvements that meet VisIC's "No Excuses" GaN commitment for very low RDS(on) switches. The roadmap for ALL-Switch includes even lower RDS(on) products in the near future.

VisIC Technologies maintains that it has demonstrated a new approach to GaN circuit design that overcomes the performance vs. cost dilemma of legacy gallium nitride processes. Now that VisIC has unveiled initial ALL-Switch products