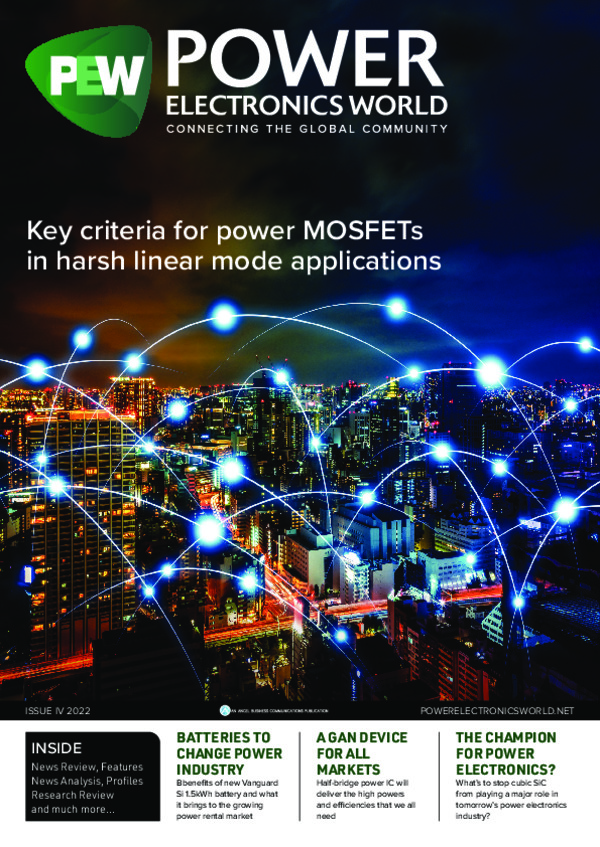 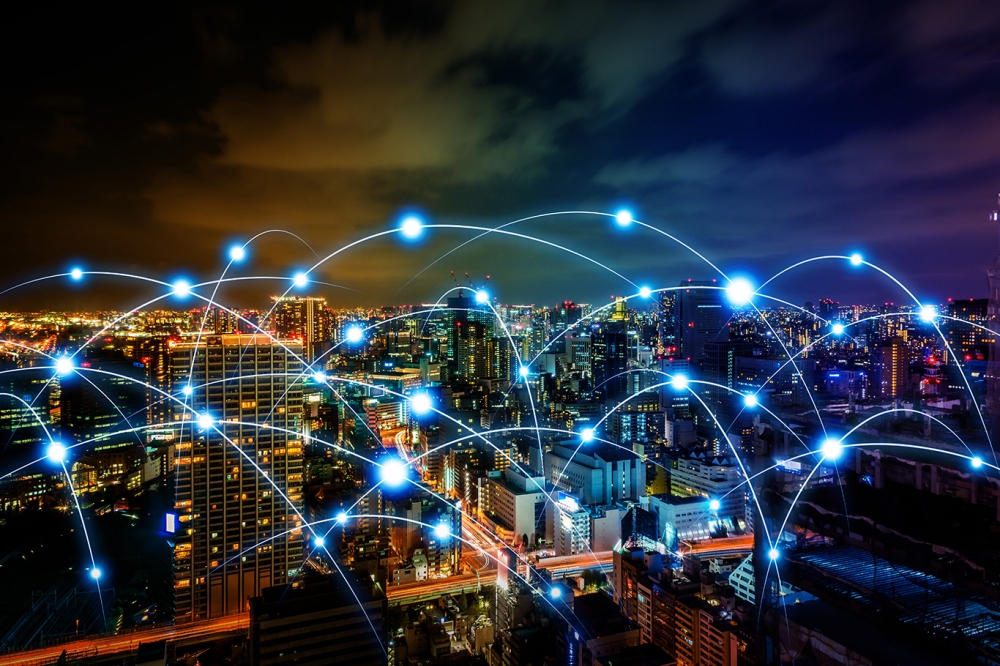 MOSFET devices are often thought of as the ‘workhorses’ of power electronics due to their wide-ranging applications. But as the experts at STMicroelectronics advise, key criteria are essential to follow when selecting devices for harsh linear mode applications.

STMicroelectronics released new MOSFETs with a wide SOA capability able to outperform advanced planar technology in linear mode operation, being thermally stable for a wider range of operating conditions into the safe operating area (SOA). Depending on the gate-source voltage (VGS) levels at which the MOSFET is driven, different areas of the device with specific gate threshold voltage (Vth) and current gain values are involved in the drain current (ID) flow with a trade-off between linear mode and switching performance. With this improved design, the new trench power MOSFETs are ideal for rugged forward biased SOA (FBSOA) applications, where high-power levels with high drain-source voltage (VDS) drops are required, ensuring both a high surge current capability in linear mode and low static on-resistance (RDS(on)) in fully on conditions.

Linear Applications in Power Electronics
Linear mode operation is widely used in power electronics systems and applications that require safe and reliable devices with high ruggedness and thermal stability. High current handling for soft start under significant voltage drops, as well as limiting inrush peaks and any potential failure mechanism are all crucial for hot swap systems. In telecom applications, they are used to charge the bulk capacitor, which powers the entire loading system, such as server, rack and each load connected to the main power supply (Fig. 1).

Since system maintenance is performed in most cases once it is permanently functional, by connecting the replaced parts to the rest of the live system, the capacitor may initially be completely discharged and then a huge current of up to hundreds of amperes can flow through the circuit.

According to the below motion control system, the VGS voltage of the MOSFET can be changed by tuning the duty cycle of the bipolar transistor driving voltage and then it is possible to control the current through the motor and its speed. The current is set by the equivalent resistance provided by the MOSFET when biased under FBSOA working conditions.

To meet the harsh requirements of linear mode applications, a dedicated MOSFET technology has to be considered with a special focus on the key parameters, such as the thermal coefficient, threshold voltage (Vth), transconductance (Gfs) and thermal resistance (Rth).

Thermal Coefficient
The key parameter to define the linear mode performance of a MOSFET is the thermal coefficient (TC) of the ID current. This coefficient represents the ability of the device to self-balance the current control at both high temperatures and voltages and can be calculated with the following equation (Eq. 1):

where: ID is the drain current and T the temperature of the MOSFET.

The heat developed inside the junction is due to the electrical power dissipation (PD) in linear mode (Eq. 2):

When the temperature increases, the ID current changes according to the thermal coefficient and the device can manage the power until the failure point is reached. The maximum limit of the power is set by the following equation (Eq. 3):

The above equation shows that:

⊕when TC is zero or negative, when the temperature increases, the drain current decreases, then the device works in thermal stability conditions;

⊕when TC is positive, the device can work without failing if the ZthJA impedance is low enough to dissipate the heat generated by the applied power.

The thermal coefficient is a technology-dependent parameter, linked to the transfer characteristics of the power MOSFET (Fig. 3).

⊕ For VGS = VGS(ZTC), the device current remains stable with temperature;

⊕For VGS > VGS(ZTC), as the device temperature increases, the drain current tends to decrease, reaching conditions of thermal stability;

⊕For VGS < VGS(ZTC) it is vice versa, as the device temperature increases. The drain current continues to increase thanks to the lower threshold voltage, which has a negative coefficient versus temperature. Consequently, when a small area of the die becomes hotter than the adjacent zone, it conducts more drain current, thus creating more heat and pushing the device to failure (thermal runaway), if the appropriate limitations are not set.

Once fixed the thermal coefficient, the device becomes potentially more unstable at high VDS level. The thermal instability condition can be written also as follows (Eq. 4):