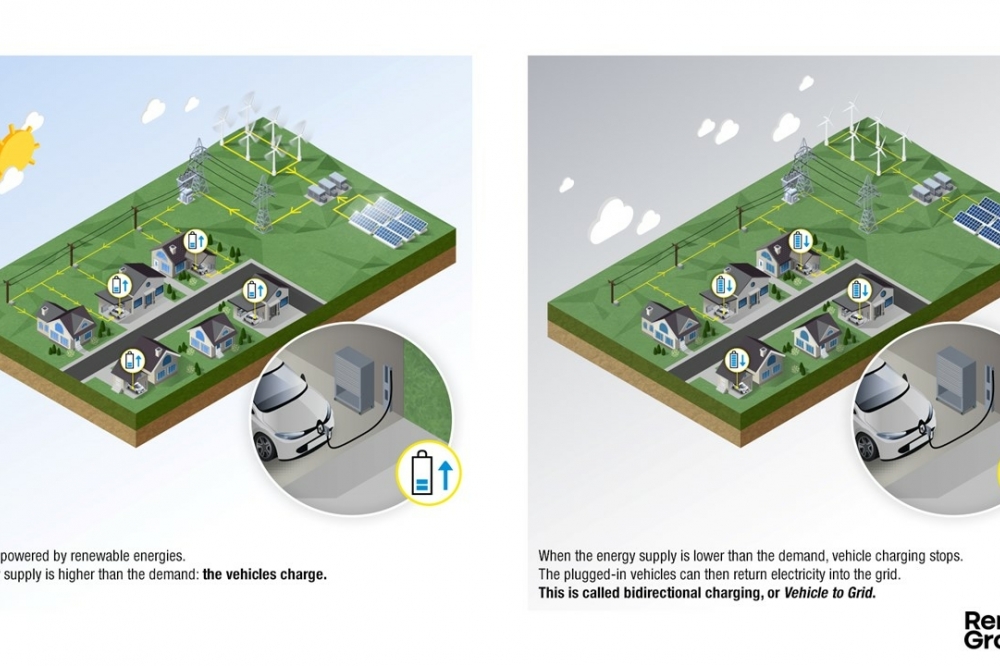 For three years, French government research organisation CEA and the Renault Group have been jointly developing a new electronic power converter architecture that can be directly integrated into a vehicle's charger. The result, which is the subject of 11 joint patents, is a power converter that will reduce energy losses, improve the vehicle's recharging time and guarantee the battery's durability. Better still, it will be bidirectional by storing energy from the electricity network.

The CEA and Renault Group R&D teams have combined their expertise in the field of on-board power electronics, in particular in the field of wide band-gap semiconductor materials in GaN and SiC. As a result, the new architecture makes it possible to reduce energy losses by 30 percent during conversion, and to reduce heating by the same amount, making it easier to cool the conversion system.

In addition, the engineers' work to optimise the active (semiconductors) and passive (capacitors and wound inductive components) components has enabled a reduction in the volume and cost of the charger. Thanks to the use of ferrite materials, dedicated to high frequency, and a shaping injection process called 'Power Injection Molding', the converter has become more compact.

This new converter architecture offers a charging capacity of up to 22kW in three-phase mode, allowing for faster charging of the vehicle while ensuring the durability of the battery. It also allows the charger to be bidirectional, so that the energy stored in the battery can be fed back into the grid or used to supply the energy needs of an autonomous house, provided that the house is equipped with a bidirectional meter. The solution is compatible with the electromagnetic compatibility (EMC) standards of the networks and the car.

Jean-François Salessy, VP Advanced Engineering, Renault Group explains: "This project with the CEA has exceeded our expectations by confirming the ability to achieve the expected performance in terms of efficiency and compactness. It opens up strong prospects for power electronics, which is a real challenge in the electric vehicle, in order to make the best use of the batteries' capacities. With bidirectional charging, the vehicle serves the electrical network and enables the end consumer to reduce energy costs.”

"We are proud to support Renault Group in this development", says Sébastien Dauvé, CEO of CEA-Leti. "We were able to bring together Renault Group's system vision for the electrification of the vehicle and the drive train, and the skills of our teams in converter architectures and components; in the end, we implemented an architecture adapted to the needs and with high added value.”

"The use of innovative materials with joint Renault Group - CEA patents on the charger made it possible to manufacture the dedicated transformer, which is a key component in this type of development, as it allows for a reduction in volume with performance that goes beyond the state of the art", describes François Legalland, CEO of CEA-Liten.