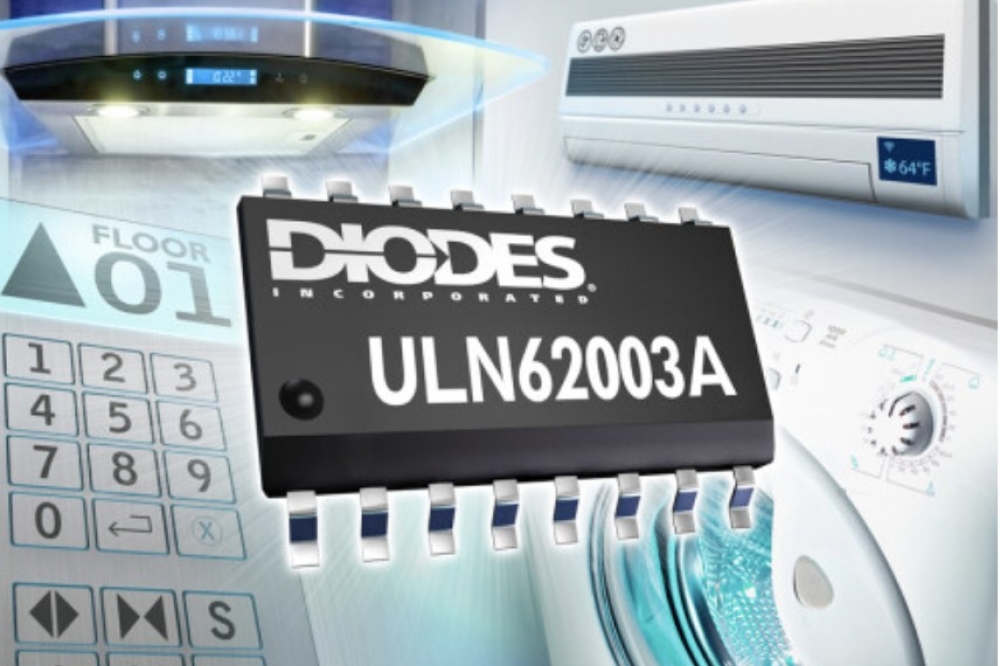 Diodes Incorporated has introduced a new transistor array. The DIODES ULN62003A consists of seven 500mA-rated open-drain transistors, where all their sources are connected to a common ground pin.

Capable of driving a wide variety of loads, such as solenoids, relays, DC motors, and LED displays, this high-current transistor array is aimed at climate control and home appliance designs. The product can be used in washing machines, dryers, microwave ovens, and air conditioning units.

Fabricated with DMOSFET output transistors, the ULN62003A has an output voltage drop of just 0.2V. This is far lower than the bipolar devices with which it is pin-compatible. The resulting power dissipation reduction not only minimizes overall power usage but also mitigates thermal issues and improves reliability. It also allows more devices to be controlled while still maintaining the desired die temperature.

In addition, the device, with its support for input voltages down to -1V, has much greater flexibility and allows the GND pin to be used for detecting overcurrent situations. This capability further increases system robustness and broadens the applications that the ULN62003A can address. Clamping diodes are included on each of this transistor array's outputs for protection and improved reliability when driving inductive loads.

The ULN62003A is supplied in a SO-16 package and offers a superior performance to many popular peripheral driver devices. It is available at $0.25 in 1000 piece quantities.