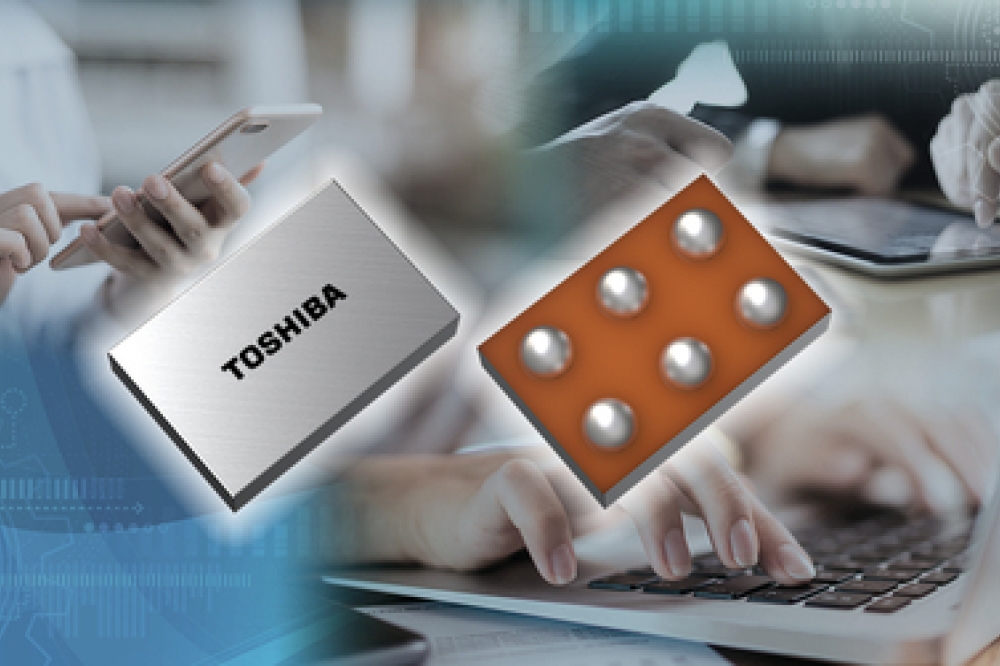 Toshiba Electronic Devices has added five products to its lineup of MOSFET gate driver ICs in the TCK42xG Series for mobile devices such as wearables. The new products in the series are equipped with an overvoltage lockout function and control the gate voltage of an external MOSFET according to the input voltage.

With this addition, TCK42xG series now allow users to select a gate-source voltage from two types, 10V and 5.6V, offering coverage of more MOSFETs. In addition, the lineup of the different detection voltages for the input overvoltage lockout function allows the products to be used for power lines from 5V to 24V.

When combined with an external back-to-back MOSFET, they are also suitable for configuring a load switch circuit (Fig.1) or a power multiplexer circuit (Fig.2) with a reverse current blocking function. Furthermore, with their built-in charge pump circuit supporting a wide range of input voltages, from 2.7V to 28V, they provide stable voltage between the gate and source of an external back-to-back MOSFET with intermittent operation. This allows large currents to be switched.

Housed in a WCSP6G package, one of the smallest in the industry, the TCK42xG series realises high density mounting for small devices, such as wearables and smartphones, helping to reduce their footprint.

Toshiba has also developed a 'Power multiplexer circuit' Reference Design, a reference design example for a power multiplexer that utilises the functions of TCK42xG. It is available on Toshiba's website .

Power GaN: The Next Wave …