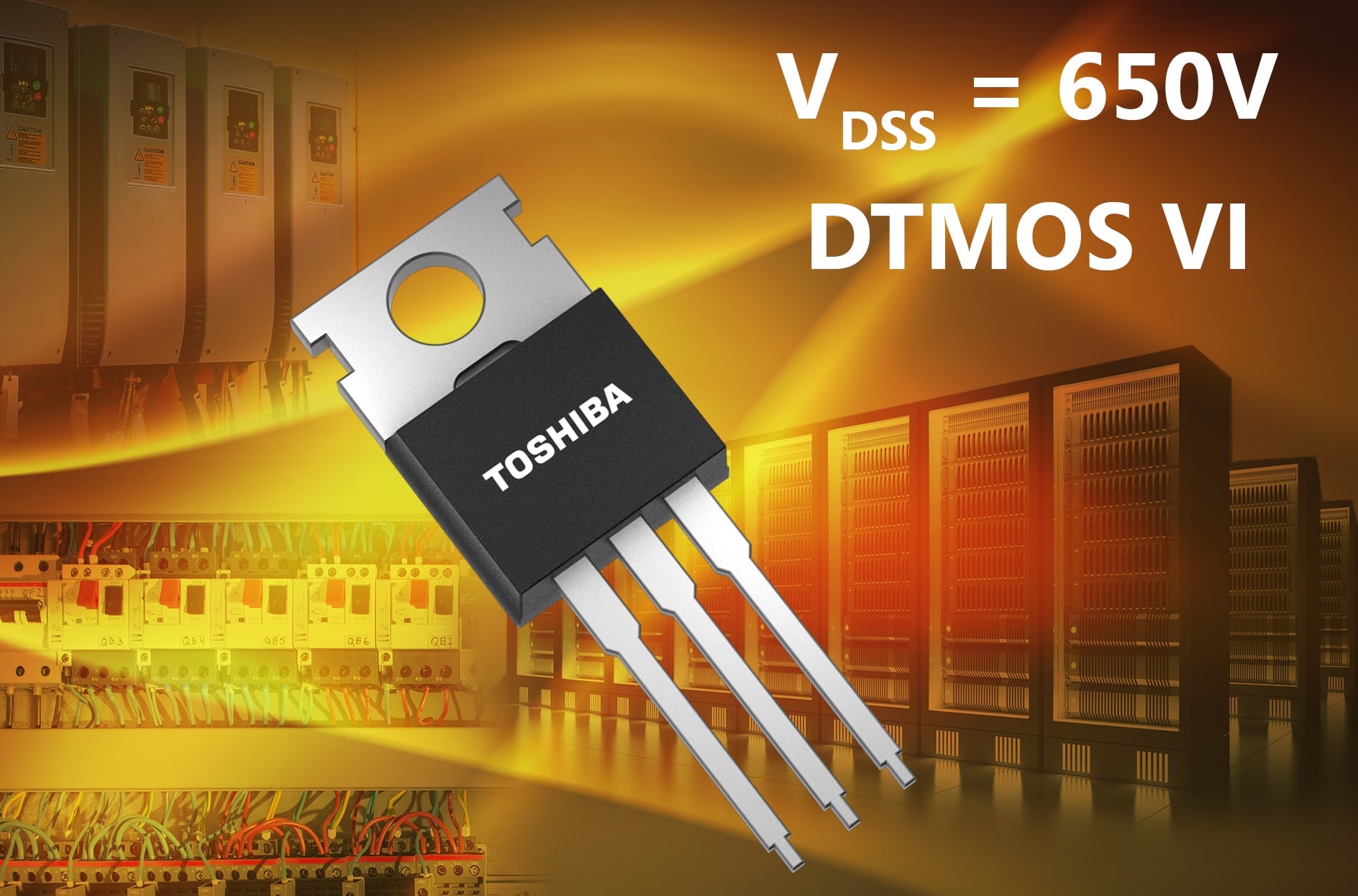 Toshiba Electronics Europe has added a further four N-channel super junction 650 V power MOSFET devices to extend its DTMOS VI series. The new devices build upon the market success of the current devices and will primarily be used in applications like Industrial and lighting power supply and other applications where ultimate efficiency at small form factor is a requirement.

The new TK090E65Z, TK110E65Z, TK155E65Z, and TK190E65Z MOSFETs achieve a 40 percent reduction in the drain-source on-resistance (RDSON) x gate-drain charge (Qgd) figure of merit (FoM) when compared to the previous DTMOS generation. This will translate into a substantial decrease in switching losses over earlier devices. As a result, designs incorporating the new devices will see an increase in efficiency. The performance enhancement will apply to new designs as well as upgrades of existing designs.

All four of the new devices offer a drain-source voltage (VDSS) of 650 V with a drain current (ID) capability up to 30 A. Drain-source on-resistance (RDSON) is as low as 0.09Ω and the gate-drain charge (Qgd) can be as low as 7.1 nC, allowing low-loss operation at high speeds. All devices are packaged in industry-standard TO-220 through-hole packages.