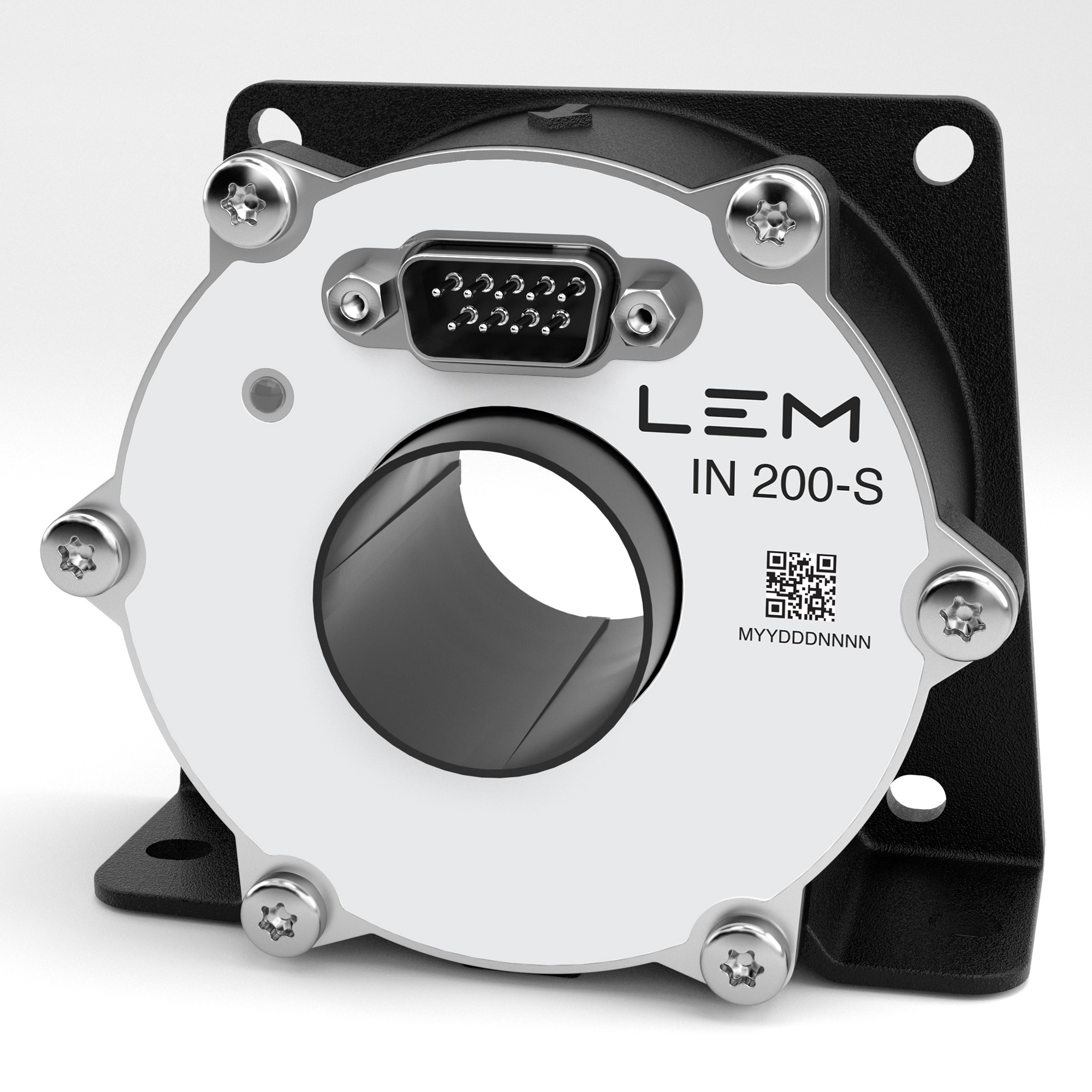 LEM, the market leader in systems for measuring electrical parameters, is offering record levels of accuracy performance in current sensing with the launch of its IN 200 current measurement transducer.

As the most accurate sensor of its kind on the market, the IN 200 is ideal for use in such demanding applications as high-precision test & measurement (T&M) equipment used to analyse the efficiency of inverters fitted to hybrid electric vehicles (HEVs) and electric vehicles (EVs).The IN 200 is able to offer significant performance improvements - particularly in terms of linearity, offset and noise immunity - over traditional fluxgate transducers through its use of a new kind of digital technology.

Unparalleled levels of accuracy are achieved in linearity and electrical offset. While the IN 200's data sheet quotes 0.6 parts per million (ppm) and maximum 10ppm respectively, in-house tests have shown that the sensor can achieve linearity below 0.5ppm and offset of +/-5ppm.This compares with competitors' transducers offering +/-20-25ppm.

With the new transducer fitted to automotive test benches, manufacturers will be able to improve the testing efficiency of inverters and validate their performance levels through access to the most accurate data. In turn, because inverters will reduce power losses, designers will have the potential to tackle the issue of “range anxiety” by enabling EVs to go further than is currently possible.

The IN 200 completes LEM's IN family of High Precision sensors which now covers a current range from 100A to 2000A. The IN 200 itself is effectively three products capable of matching nominal currents of 100A, 200A and 400A.

The single biggest factor that sets the IN 200 apart from the competition is LEM's switch from reliance on analogue circuitry to digital integration technology. To achieve the increasingly high levels of accuracy demanded by the T&M market, LEM is reinventing fluxgate technology. Traditionally, many analogue circuits would be required to cancel out noise and other impacts of having different fluxgate coils but LEM's innovative solution makes it possible to reduce substantially the number of analogue circuits within the transducer through digital integration, transforming the signal. By operating in the digital domain, the new sensor offers a wider range of capabilities - including ripple compensation, detecting second harmonics and voltage regulator excitation.

LEM believes that the IN 200 is a long way ahead of its nearest competitor in virtually every single parameter. While the market has shown that it can manage with the lower performance levels offered by other power measurement transducers, the IN 200 offers manufacturers the potential to take accuracy and efficiency figures to hitherto unachievable highs.

“The trend is very clear,” says Horst Bezold, founder of Signaltec. “The increasing electrification of transport is putting huge pressures on test benches for inverters in the automotive sector and has generated a boom in demand for T&M equipment. LEM has come up with a market-leading solution that will help to ease these pressures. By eliminating traditional reliance on analogue technology, we have made it possible to reach levels of accuracy that nobody in the market has ever been able to reach. This is great news for the T&M sector.”

Other features of the IN 200 include very broad frequency bandwidth - DC to 1.1 MHz (-3 dB) - compact design with a 28mm aperture for cables and busbars, and a status signal to indicate transducer state.