Ingeteam To Supply One Of The Largest Battery Systems In Europe 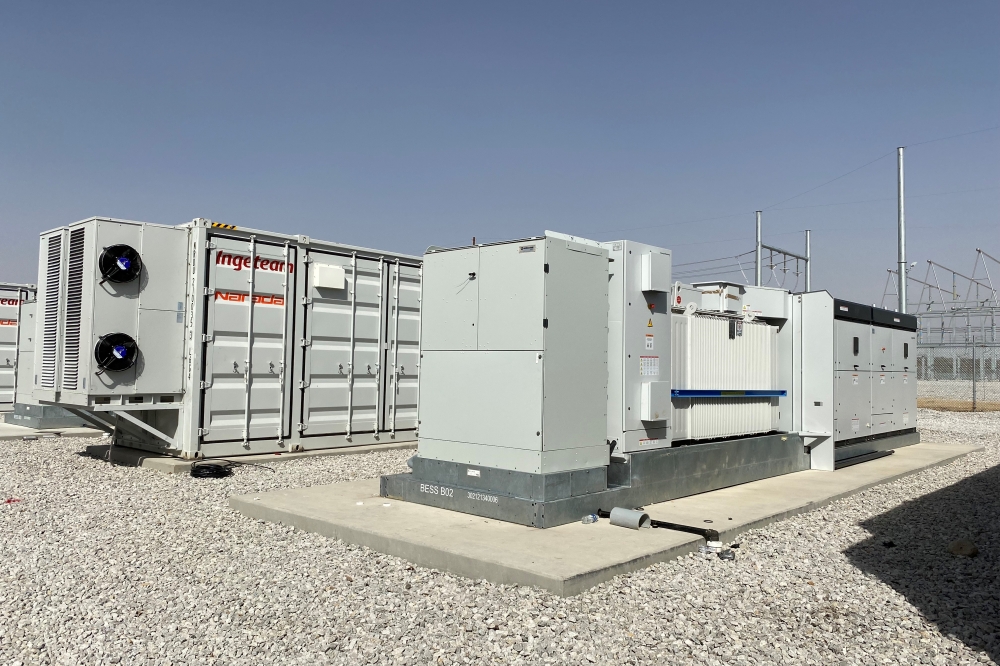 Ingeteam has been selected as the technology partner to equip the largest energy storage system in Italy, which will also be one of the largest and most important systems in Europe and in the world. This battery system will have a power output of 70 MW and an installed capacity of 340 MWh.

The project, which is to be installed in northern Italy, is set to start operating in 2023 and will serve to support the country's power grid. This concept is based on a market associated with the wholesale electricity market in which certain generators are paid to maintain energy in reserve in order to cover peaks in electricity demand.

This project is a real landmark, given that it will offer an energy storage capacity that was almost inconceivable until a very short time ago. The development of this battery system will play a very significant role in the medium/long term with regard to grid support. Furthermore, it will be a key factor in the process for the decarbonization of Italy, as determined by the PNIEC (Piano Nazionale Integrato per l'Energia e il Clima), which was recently approved by the Italian government.

In this respect, Stefano Domenicali, managing director of Ingeteam Italy, highlighted the fact that "this project in itself represents the energy transition towards a renewable energy-based model, in which energy storage plays a fundamental role. It is necessary to promote the transition to a new energy model decisively and ambitiously, and not only to achieve a clean energy model but also because renewables are the most competitive generating technology, as well as being the drivers of local employment and the only ones to ensure that each country can achieve energy independence". It is important to note that the power stations to be installed in this project are fully European in manufacture, as well as the integration of the batteries in containers.

Ingeteam is thereby strengthening its facet as an integrator, given the fact that it will supply the lithium-ion batteries integrated in containers and the power stations that include, together with the converters and control solutions of the Ingeteam make, the additional elements required for medium voltage connection (transformer, switchgear and ancillary services). Moreover, Ingeteam will perform the field assembly of the storage system and its subsequent commissioning.

Ingeteam recently commissioned the Arañuelo III photovoltaic plant, the first large-scale PV plant in Spain to incorporate an energy storage system, comprising a 3MW / 9 MWh battery system in this case. As well as being the first large-scale solar plant in Spain to incorporate batteries, this project offered a further innovative feature with the inclusion of the battery storage system within the PV plant as a distributed system with a DC-Coupling configuration. In this mode, the batteries are installed within the solar array and the battery converters share the DC connection with the PV inverters.

The role of energy storage
Storage associated with renewable technologies plays a key role in progressing in the energy transition and in the electrification of the economy. Its integration in the power system of the future will provide important advantages such as the optimization and more flexible use of the energy available, improvement in the quality of the electricity supply, integration of the energy generated by renewable sources and ensuring the stability and reliability of the grid. The availability of energy storage systems makes it possible (among other things and as a more basic application) to store excess energy at times of high production and low demand, and to use the stored energy at times of insufficient production and high demand.

In this respect, Ingeteam is not limited to the supply of the power electronics, batteries and other associated equipment. Instead, it is a flexible and competitive technology partner, able to provide solutions to its customers' needs in all sectors and applications in which its customers are present, and at all the project development stages.

Ingeteam To Supply One Of The Largest Battery Systems In Europe

NexGen To Exhibit At PCIM 2022

Rohm And Delta Electronics Team Up On Power